“I want to get my head around the natural wine thing. I was in touch with Marcel Lapierre in Beaujolais, and have been in talks with some of the good natural wines guys – it’s not all bullshit,” he told the drinks business.

Sisseck is experimenting with making a version of Pingus with no sulphur, but is concerned that this will hamper the wine’s ability to age.

“The big problem is that I want to make wines that can age and it’s very hard to do so with no sulphur. Despite never using very much in Pingus, a little sulphur is essential,” he said.

Having studied biodynamics at the Rudolf Steiner School in Basel, Sisseck is keen to take things a step further.

“The idea of natural wine is interesting. The best ones have great purity and are good when they’re young, but they are extremely fragile. Any terroir expression the wines may have can be erased by bret and oxidation,” he told db.

The Dane is keen to stress that his natural wine will be treated as a standalone project: “Pingus isn’t about to go natural. I want to see what I can learn,” he said.

Pingus has been biodynamic since 2000 and second wine Flor de Pingus since 2005. 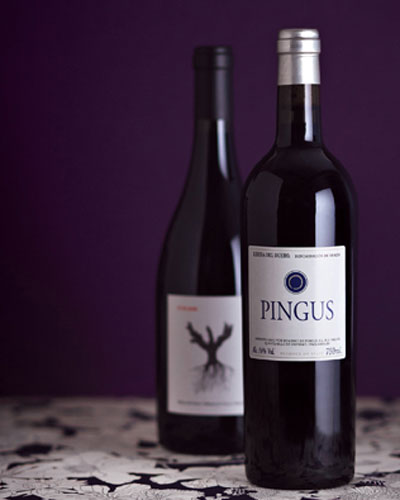 Sisseck admits that in his single-minded approach in only working with Tinto Fino (the Ribera del Duero equivalent of Tempranillo), he “may have gone too far.”

To redress the balance, he’s started working with small parcels of native white varieties planted in the two Pingus vineyards, and is currently experimenting with adding small amounts of white into the Pingus blend.

Having been “very spoilt” with Parker points in the past, Sisseck believes the appointment of Neal Martin as The Wine Advocate’s new Spain critic after Jay Miller’s departure will be a “tremendous help” for Spain.

“Jay favoured things in Spanish wine I’m trying to avoid. He liked very big, inky, in your face, ‘show me the money’ wines. Neal is more into the historical background of the vineyards and will hopefully give more focus to Spain’s terroir message, which has got lost,” he said.

The full interview with Sisseck will appear in the August issue of the drinks business.