A tasting of Rioja back to 1928 at a London merchant last month highlighted the remarkable value for money in mature, traditional gran reserva Rioja. 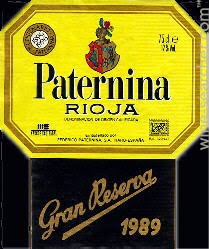 Speaking to the drinks business during the tasting, which featured wines from Paternina, Jamie Hutchinson, founder and director of The Sampler commented, “I’m a great fan of traditionally made Rioja and we sell a lot of it.”

Continuing, he recorded, “We’ve sold more gran reserva Rioja in the last quarter than we did of Bordeaux at all levels.”

When asked why Rioja was selling so well at The Sampler’s wine shops in Islington and South Kensington, Jamie stressed the positive impact of putting mature examples of traditional Riojas on the Enomatic sampling machines which line the walls of his stores.

He also highlighted the favourable price to quality ratio in Rioja. “These wines are a quarter of the price of Bordeaux and if we could just get a better supply [of mature Rioja] we would sell more – it is such great value.”

Referring to the likes of Lopez de Heredia Tondonia Reserva 1982, which sells at The Sampler for £38 a bottle, he added, “You can buy an 82 vintage for £38, and for the same vintage in Bordeaux you would be looking at a cru bourgeois and it wouldn’t be as good.”

He summed up by saying that Rioja’s ability to significantly outsell Bordeaux was a sign that the latter region was becoming overpriced, but also that Rioja still offered great value and a style that suits The Sampler’s customers.

“This is damning of Bordeaux but also a sign of how well these Riojas are doing,” he said.

The tasting in late May focused on historic vintages of Paternina’s gran reserva wines and followed a successful event the previous week centred on the wines of the López de Heredia Viña Tondonia winery. 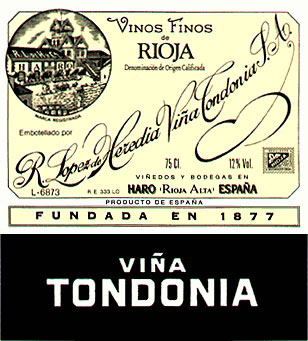 Both longstanding Rioja houses are based in the town of Haro in Rioja Alta and Jamie pointed out that although López de Heredia is better known among fine wine collectors in the UK, the quality of Paternina is on a par with its neighbour.

“Such is the quality of Paternina it deserves a place alongside López de Heredia,” said Jamie, referring to the tastings of back vintages he had done from both wineries.

The Paternina tasting at The Sampler in South Kensington included gran reservas from historic vintages such as 1994, 78, 73 and 64, with the latter described by Paternina’s Luis Miguel Soler as “the greatest vintage of the last century, everything was perfect”.

Paternina even brought out a gran reserva from 1928 to show the age-worthy nature of traditionally made Rioja.

Luis Miguel commented during the tasting, “Rioja is about medium-bodied wines rather than heavy extracted wines, and we try to preserve the classical style of Rioja.”

He compared the Paternina style to López de Heredia or Cune, although he admitted that Paternina’s Riojas of today are richer and deeper in colour than the wines it was producing 60 years ago.

In terms of winemaking, he said Paternina never uses Garnacha in its gran reservas, but adds a small amount of Graciano and Mazuelo to the Tempranillo that makes up the majority of the blend.

The Graciano he said is used to bring “backbone” and the Mazuelo “extra acidity”.

He explained that the grapes are destemmed and then macerated for never more than two weeks, while fermentation temperatures are kept below 26 degrees Celsius “to prevent the wines becoming cooked”.

When it comes to production, he said that Paternina makes somewhere between 200,000 to 400,000 bottles each time they release a gran reserva.

Currently, the Rioja house has a permanent stock of 5.5 million bottles at its winery in Haro and interestingly, Luis Miguel said that Paternina does not recork.

“We have 85% humidity in the cellar from the water which seeps through the sandstone, and this means the cork lasts and we don’t re-cork – you would be amazed how healthy the corks are.”

As previously reported by the drinks business, Jamie noted when he first started listing back vintages of great Riojas towards the end of last year, “I still find it amazing how the world hasn’t woken up to the value of traditional mature Rioja,”

The Sampler is currently selling Paternina Gran Reserva 1970 and 1975 for £63 and £69 a bottle respectively, and López de Heredia Viña Tondonia 1987 for £52, among many other mature Riojas.