A weekend twitter frenzy over a “free beer fountain” from a cracked pipe at a Kent brewery has turned out to be just wastewater. 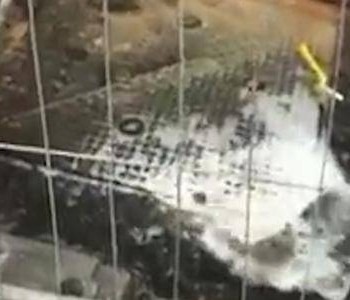 The Shepherd Neame brewery in Faversham, Kent became a hot topic on twitter as word spread of a “free beer fountain.”

Natasha Ehmann tweeted, “Shepherd Neame is having a beer fountain in Faversham today! Bubbling up through the streets! Too much rain causing artesian well issues?”

However Shepherd Neame brewery has played down the leak as not beer but wastewater.

John Humphreys, communications manager, told the drinks business: “We have responded quickly to a small crack in an underground wastewater pipe and are working to fix it.”

Patrons who went to see the leak reported the liquid “only smelled like beer” and “didn’t taste good.”

There is also a youtube video from a passerby who can be heard saying, “It looks like they have got a free beer fountain here.”

The family owned Shepherd Neame was founded in 1698 and is a regional brewery that makes filtered beers and cask ales.

The firm produces an estimated 230,000 barrels a year and has around 360 pubs situated in the south-east.