Flag bearer for the natural wine movement Doug Wregg has admitted he doesn’t think the majority of natural wines can age. 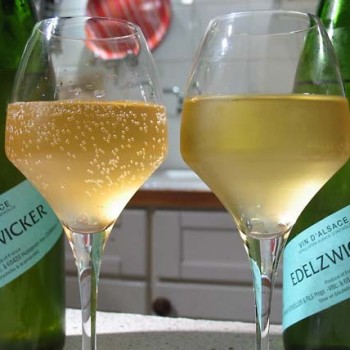 “60-80% of natural wine should be drunk within the first year, after that they fall apart,” the director of sales and marketing for Les Caves de Pyrène told the drinks business.

“Most of the wines are light, pale, fizzy and fun. They’re meant for wine bars rather than cellars.

“It’s a miracle when something lovely happens in the bottle a few years down the line, but I wouldn’t bet my house on it,” he added.

Wregg disagrees with French and Italian natural wine importer Giuseppe Mascoli’s opinion that natural wine is  “not for the masses,” as previously reported on db.

“Natural wine is potentially for the masses. It’s not in any way intellectual or hard to understand – the wines are incredibly simple and easy to understand,” he said.

He also revealed to db that he’s in no hurry for natural wine to get an official definition.

“I’m really against the idea of an official definition for natural wine – I don’t think it would have any traction, so I can’t see the point of it.

“Having to adhere to a certain set of criteria would suffocate the freedom of the winemakers. I wouldn’t like the whole movement to be codified.

“Plus, the debate surrounding the natural wine movement has generated a lot of interest precisely because of this lack of an official definition,” he admitted.

With regards to organic and biodynamic wine, he blasted the term organic as “meaningless,” due to the multitude of different definitions around the world.

“I’m very relaxed about the language surrounding natural wine – I use the terms organic and biodynamic interchangeably,” he quipped.

He also spoke of his constant need to defend unjustifiable criticism of natural wine from the trade: “It’s turned into a playground fight – the wine bloggers are ripping their hair out,” he said.

Wregg is to host a natural, organic and biodynamic fair – The Real Wine Fair – at Victoria House in Holborn on 20-22 May, which will go head-to-head with Isabelle Legeron’s RAW wine fair on 20-21 May at the Old Truman Brewery in Brick Lane.

The full interview with Doug Wregg will appear in the May issue of the drinks business.