A man has been arrested for getting his dog drunk on vodka, at a bar in the US. 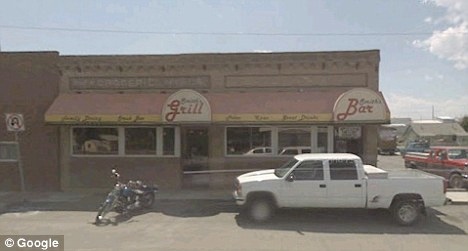 Todd Harold Schrier appeared in court on an animal cruelty charge after police in East Helena, Montana discovered that the Pomeranian dog was drunk, and falling over while trying to stand up.

The 20-pound dog, named Arly II, was not able to walk in a straight line when police found the animal at Smith’s Bar (pictured). The animal was four times over the legal human drink-driving limit.

At the bar, a patron there told authorities that Schrier gave the dog vodka, according to a police report.

Officers said they later found Schrier at a local Veterans of Foreign Wars building. The dog was taken to Alpine Animal Clinic where a blood test revealed that its blood-alcohol level was 0.348 per cent.

The legal limit for drivers is 0.08 per cent.

Michelle Richardson, the clinic’s veterinarian said that an alcohol level that high could be fatal.

“I had never seen a dog with acute alcohol poisoning,” she said.

The dog owner has remained at the city-county jail since his arrest. His bail is set at $30,000.

Arly II has been at the Lewis and Clark Humane Society after a stay at an animal hospital. The dog’s future home will depend on the outcome of the case against Schrier.