Eight wines have tied in first place in a tasting of single vineyard Napa Cabernets from the 2008 vintage. 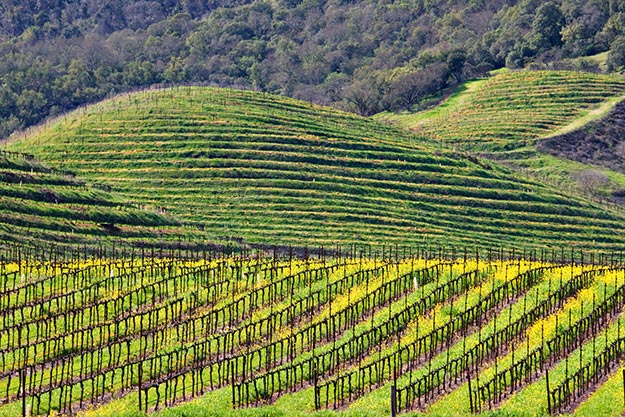 The reviewers are part of the St. Helena Star and Napa Valley Vintners Tasting Panel, an ongoing collaboration between the Napa Valley’s long-time local newspaper and the region’s non-profit trade association. The panelists, all local winemakers and key trade, meet monthly to review current vintages or varietals produced in Napa Valley.

Lest you believe the winemakers in the group are full of instant praise for their appellation’s wines, you’d need only to step inside a tasting to see the truth. Critiquing wine is second nature to those who produce it, and these Napa Valley winemakers are quick on the draw, pointing out any imbalances or style affects which do not meet with their approval.

With the purpose of assessing the quality of the region’s single-vineyard Cabernets at the most recent meeting, panelists tasted through six different flights of six wines each for a total of 36 wines. Each flight is rated from first (best) to sixth place. All wines are tasted blind and only revealed after a discussion on the wines’ merits or misgivings.

The tasting was by no means a snub at blended wines. Some of Napa Valley’s finest wines are blends of different vineyard sites, often combining characteristics from cooler growing sites with those from warmer areas to produce a certain flavor profile or structural balance. Single Vineyard wines do hold some cache among American consumers, however. They generally showcase a special vineyard site, and let people taste an expression of that vineyard.

For those who love to taste the expression of a single location, Napa Valley vineyard names such as To Kalon, Dr. Crane, Stagecoach and Morisoli can conjure up great excitement. One of the first vineyard-designated wines in Napa Valley was the 1966 Heitz Martha’s Vineyard Cabernet Sauvignon, which proved to be so successful, the vineyard owners and the Heitz family continue their relationship today.

Some of these vineyard locations are owned by growers who sell their grapes to wineries, like Morisoli (named after the grower family) and Stagecoach (named after a historic stagecoach run over the property, and run by grower, Jan Krupp.) In other cases, the vineyard may be named after the wineries or winery owners such as the J Davies Estate (owned by Schramsberg and named after Jack Davies, the famed family member) or Tierra Roja (being the name of both the Oakville vineyard and the wine.)

Long-time panelist, Jack Cole, winemaker at Spring Mountain Vineyard, summed up the 2008 single vineyard Cabernet tasting by commenting: “The winners in this group were exceptional, each showing great balance and structure and being unique in the group for their already integrated characters. They were all bright, big and well structured as well as having well developed mid palates and silky tannin contributions. Beautiful wines across the board with a few truly superlative efforts. Things bode well for the vintage if these 2008 cabs are a harbinger of things to come.”

Cole said the 2008 vintage occurred in the midst of a drought in the Napa Valley and added, “the resultant wines displayed rich, deep flavour profiles most probably due to the reduced berry size, which yields a higher skin to pulp ratios and thus more tannins and anthocyanins.”

Stefan Blicker, co-owner of St. Helena’s BP Wines and one of the founding members of the St. Helena Star/Napa Valley Vintners tasting panel, summed up the 2008 vintage. “In general and especially in Napa Valley, the 2008 vintage surpassed all of its early expectations. Initially written off as sub-par to 2007, even critic Robert Parker agreed Napa Valley exceeded all his expectations in 2008, and Napa Valley was the most successful appellation in the state.”

Regarding the wines, Blicker said, “Many of the wines were ‘crowd-pleasers’ — appealing to a broad range of drinker, with sweet fruit, good weight, and long, spicy finishes. The most successful wines were balanced, not leaning toward too much fruit or oak, varietally correct, with enough tannin (or ‘grip’) in an acceptable level for young wines.”

Brett deLeuze, president and partner of ZD Wines, commented, “I thought the 2008 single vineyard Cabernets were a very nice representation of why Napa Valley is famous for Cabernet.” But, he echoed comments from several other panelists when he said, “Ninety percent of these wines would benefit from at least a couple of years of bottle age and some (of the wines) many more years.”

Wayne Donaldson Of Donaldson Wine said the tasting included an “exciting group of wines from the 2008 harvest.” He added, “Even though the harvest presented some interesting challenges, early frost, wild fires across the state, drought and some heat spikes toward the end of harvest, these wines showed powerful and unique individual characters. Generally the wines had a level of graceful charm about them with concentration and intensity without being over-blown.”

So exactly which wines were the top winners of the tasting? With ties in two flights, there are a total of 8 first place winners: