Gillray’s Steakhouse & Bar promises an English take on the steak trend, together with a specialist gin bar, when it opens in London at the end of March. 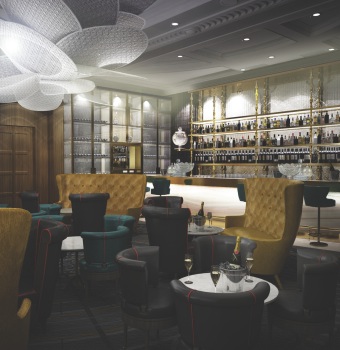 Set within the five star London Marriott County Hall hotel, the venue is named after 18th century caricaturist James Gillray, whose work will be displayed on the walls.

Nine cuts of steak, all 35-day, dry-aged Herefordshire beef from the Duke of Devonshire’s Bolton Abbey estate in Yorkshire, will be headlined by the 1kg “Bull’s Head”.

The Thames-side bar will focus on Georgian-era cocktails, each named after Gillray sketches, such as “National Debt”, “Wife & No Wife” and “Very Slippy Weather”.

Head bartender Carlos Santos has compiled a selection of 29 English gins, five English vodkas and 10 English beers. The bar will also prepare its own in-house gin infusions such as mandarin and cardamom or Twining’s tea.

The cocktail list will be accompanied by a selection of equally patriotic bar snacks, from pigs in blankets to English crumpet with soft boiled egg, and venison sausage rolls with HP Sauce.

Denver Jeffrey, director of food and beverage at the Marriott, promised: “a restaurant that will be an exciting new destination in London – an English steakhouse that is all about Englishness from design to menu and from field to fork.”