Robert Parker has announced that Spain critic Jay Miller will be leaving The Wine Advocate. 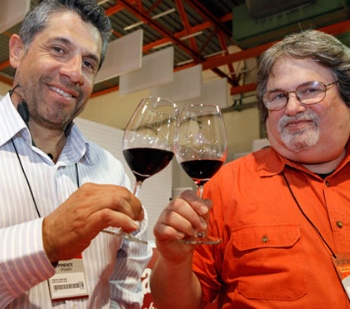 Addressing subscribers to his bulletin board, Parker said: “After several months of consideration, Big Jay has decided to return to wine consulting, lecturing and wine retail.”

Miller’s departure comes as the scandal known as “Murciagate” continues to gather pace, with suggestions by Parker that legal action against “the bloggers” who have been involved may be imminent.

“Some may believe my stepping down is in response to my critics,” Miller (right) said, in reference to the scandal.

“Nothing could be further from the truth. I have felt constrained in responding while still on The Wine Advocate staff. While the office has defended my actions, justifiably, now it is time for me to speak for myself.

“In what format I will do that remains to be seen. This much is clear, I have never accepted (or requested) fees for visiting wine regions or wineries,” he added.

Both Miller and Parker indicated this was a voluntary departure on Miller’s part, with Parker referencing the tediousness of tasting mediocre wines that can “burn out the best of us,” adding, “change is never easy, but often essential.”

Miller’s Spain, Chile, and Argentina responsibilities will be taken over by UK-based Neal Martin, while coverage of Oregon wines will go to David Schildnecht.

Last month, wine writer Jim Budd obtained e-mails indicating that the Association of Wine from the Region of Murcia (Asevin) and Pancho Campo MW were allegedly charging wineries €20,000 to “secure” a visit from Jay Miller on his upcoming trip to Spain.

Since the story broke, Budd obtained further emails indicating the same practice from Campo with regards to DO Vinos de Madrid, with Pancho allegedly offering the wine body a €20,000 ”cut-price deal” in exchange for a two day visit to the region.