Last week’s bush fires will not effect the 2012 vintage in Margaret River, according to the region’s wine industry association. 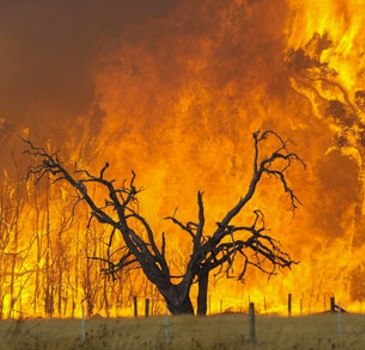 In a statement issued this morning, the Margaret River Wine Industry Association noted: “There will be no impact on the 2012 Margaret River vintage either in volume or smoke damage due to the stage of growth development of grape vines as fruit had not yet reached véraison.”

It was also stressed that no vineyard land had been lost in the fires which swept through 3,700 hectares of national park and private land, although less than five hectares of vines have been “scorched or singed”.

This, it added, was a small proportion of the 4,850ha under vine in Margaret River, which itself is just a tiny part of the region’s 270,000ha.

As previously reported by the drinks business, the main blaze took hold last Wednesday near the towns of Gnarabup and Prevelly on the coast to the west of Margaret River.

According to the latest news, most of the fire damage has occurred in national park areas on the coast side of Caves Road that includes part of the semi-rural and residential areas of Prevelly, Gnarabup and Redgate.

As many as 34 houses and 9 chalets have been lost and 23 houses damaged with current estimates suggesting 3,700 hectares of national park and private land holdings have been burnt.

Various initiatives are being put in place to assist those who lost their homes and Xanadu winery is hosting a Christmas lunch for 200 people on 16 December.