Parker speaks out against rising alcohol

Robert Parker has downplayed his effect on wine pricing and styles while criticising wines with an abv over 15%. 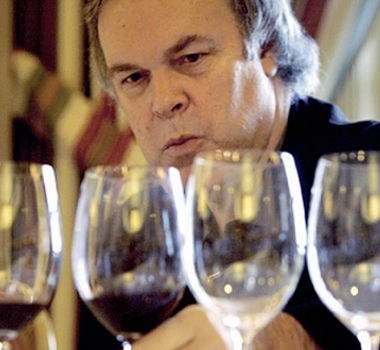 In a discussion about increasing alcohol levels sparked by Miguel Torres in Hong Kong, Parker (left) said that healthier grapes from better viticultural techniques were giving greater sugar levels but that the resulting rises in abv were worrying.

“It’s certainly something to be concerned about,” he said, adding: “But when does alcohol become too high? It depends on the type of wine.”

“I don’t think any of us want to see Champagne at 15%, at the same time there are certain Shirazes from the Barossa Valley or McLaren Vale that have the richness and concentration to handle the alcohol.”

Concerning his impact on the wine world over the 33 years since he launched The Wine Advocate in 1978, he said: “I don’t think I was ever as influential as people thought I was”.

He also suggested that the so-called Parker-effect has been waning since he hired his first assistant in 1996, “And, I’m more than happy to see it decline because I never wanted to be in the spotlight,” he added.

Continuing he said: “I also thought there was entirely too much attention paid to what I did, and in fact I often thought it was exaggerated because it was a good story – you create this tyrant because it’s a good story but once you’ve created the tyrant, you have to destroy the tyrant, and that’s a good story too, and you can take shots all the way down.”

Due to a globalisation of wine commentary fuelled by the internet he said that it was unlikely a single writer would dominate wine criticism in the future.

“There won’t be any one person – although there may be one person who is really good in one area – I don’t think you’ll see any parallel where people start to use words like ‘Parkerisation’.

He also said that Bordeaux prices may have peaked when asked about the investment potential of those wines from the 2009 vintage dubbed the “Magical 20”, and due to be tasted tomorrow at WineFuture Hong Kong.

“2009 Bordeaux is already so expensive it is hard to see how can rise in price… Perhaps prices have run their course and can’t go up any higher and we go into a cycle which is a real buyers’ market, which I hope.”

“At the end of the day I am a wine drinker, I love wine and I drink it every day,” he concluded.