Diageo is responding to increased global demand for its Scotch whisky brands by opening Scotland’s first new cooperage in decades. 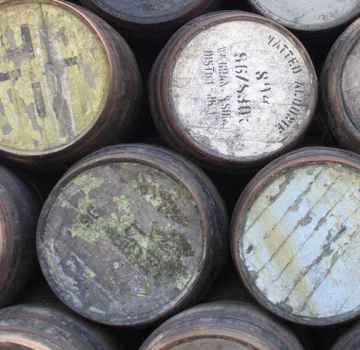 The new Diageo Cambus Cooperage near Alloa will be officially opened today by His Royal Highness, The Earl of Wessex.

HRH will tour the new cooperage and meet the men whose jobs it is to craft around 250,000 casks each year – all of which will be used to mature Scotch whisky for Diageo’s world leading brands, such as Johnnie Walker, Bell’s and J&B Rare.

Richard Bedford, Diageo’s grain distilling director, who was responsible for the Cambus Cooperage project, said the increase in demand for Diageo’s Scotch whisky brands meant the new cooperage was a key part of the company’s overall investment programme for growing its production capacity in Scotland.

He said: “The demand for Scotch whisky is growing around the world, particularly in the emerging markets of Asia and Latin America.

“To meet that increasing demand Diageo is investing in growing Scotch whisky production capacity across Scotland. That means we need more casks than ever before, so the new Cambus Cooperage is a key part of the future success of our Scotch whisky brands.”

Explaining the ethos behind the state-of-the-art cooperage, Tom Duncan, a manager at Cambus, said: “It’s not often you get to start with a blank sheet of paper and design something like this from scratch. We worked closely with our coopers to maximise the craft skills which are the core of the job, while using smart technology to minimise the bending and heavy-lifting involved.

“It’s that blend of craft and innovation which makes this different from any cooperage I’ve ever seen.”

Diageo worked alongside Leicester-based engineering firm CI Logistics, which works primarily in the automotive industry, and together they custom-designed a series of mechanical conveyors to move the casks – which weigh up to 85kg when empty – around the cooperage between the hand-craft elements of the process.

Calum Bruce, 51, one of Diageo’s longest serving coopers with 35-years service, having started in the trade at age 16, explained the difference the new ways of working had made to the coopers.

He said: “A lot has changed over the last 35 years, but the basic skills have stayed the same. But Cambus is something different altogether.

“We still use the same skills to do the same job, but the difference is the machines now do a lot of the heavy lifting so we don’t have to spend time and effort on hard labour and we can focus on the skilled part of the job. That is what has really transformed the way we work.”