London was edged out of the limelight as this year’s biggest Michelin restaurant accolades went to venues outside the UK capital, with a pub awarded two stars for the first time. 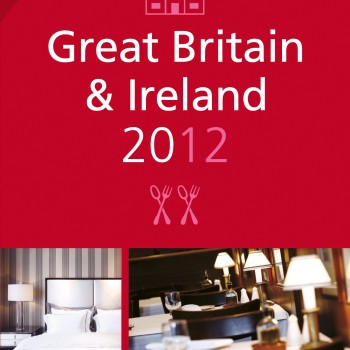 Rebecca Burr, editor of the guide, called the achievement “a good news story for the British pub industry,” adding that the decision “confirms our view that pubs serving good food are the ones that continue to thrive. In the 2012 guide we are delighted to have 13 pubs with Michelin stars”.

Usually published in January, the 2012 edition was brought forward to October, making this the second guide to be released in a year.

In total, 15 restaurants were awarded one star status this year, including three pubs. Among those celebrating were Cowarth Park in Surrey, Sir Charles Napier in Buckinghamshire, The Pass in West Sussex, The Black Swan in North Yorkshire and three restaurants in Scotland: Glenapp Castle, Martin Wishart at Loch Lomond and Edinburgh’s Castle Terrace.

Seven restaurants lost their star, including La Bécasse in Ludlow and Tom Aikens in London, which is currently closed for refurbishment. London also lost one of its two starred restaurants as Pied à Terre was downgraded to a single star.

In addition, 28 restaurants around the country received the Bib Gourmand, which recognises “good food at moderate prices”. Among the recipients were Flinty Red in Bristol, Stravaigin in Glasgow, Felin Fach Griffin in Brecon and Fontana in Holywood, Northern Ireland.

London was particularly well represented in this category, including a number of new openings such as José on Bermondsey St, Brawn in Bethnal Green, da Polpo and Opera Tavern in Covent Garden, and Claude Bosi of Hibiscus’ Wimbledon pub, Fox & Grapes.

In all, 15 restaurants lost their Bib Gourmand, including The Kingham Plough in Oxfordshire, La Locanda in Lancashire and The Hardwick in Monmouthshire.

For more on the threat posed by UK pubs to traditional fine dining, click here. Or, for more detailed analysis, look out for the next edition of EAT.DRINK, the drinks business on-trade report, which comes out with the October issue.