The most mature wine market in Asia

Since its wine tax was abolished, Hong Kong has emerged as Asia’s most important fine wine trading centre and the world’s most lucrative fine wine auction market. 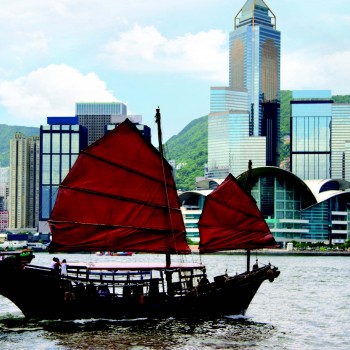 SINCE 2008’S dramatic introduction of zero-rated tax for Hong Kong’s wine and beer imports, the city’s wine trade has undergone an explosive transformation.

“There used to be maybe 200 serious wine importers,” says Toby Marion, of US wine specialist Golden Gate Wines. “There’s probably 600 to 700 now, and the number of wine-related companies is said to be over 3,000. That’s a lot of little traders.”

According to a Hong Kong government survey conducted in 2010, about 850 new wine-related companies were set up in 2008 and 2009. That brought the total to about 3,550, while the number of people employed in wine-related businesses increased by more than 5,000 to about 40,000.

Some of those companies – many of them started up by enthusiastic amateurs – will have already ceased trading, but it is probable that others have sprung up in their stead, and that there was more growth overall during 2010 and the first half of 2011.

The stated aim of the tax concession was to establish Hong Kong as “Asia’s wine hub”.

Since then, the city has emerged as Asia’s most important fine wine trading centre, and, for the time being at least, as the most lucrative wine auction market in the world.

The breaking of world records for particular wines at auction is now announced with almost monotonous regularity, particularly by Acker Merrall and Condit, the most active of the auction houses.

Those results reflect higher prices being paid per lot, and it is fair to say that many of the winning bids come from wealthy amateur investors who may in time learn to temper their enthusiasm.

The wine market is nevertheless growing in value as a whole.

In March this year Vinexpo’s Robert Beynat proclaimed Hong Kong “the most mature wine market in Asia” on the basis of the findings of the exhibition organiser’s annual survey of the international wine and spirits market.

The Vinexpo report forecasts a 57% increase in wine consumption between 2010 and 2014, with average per capita annual consumption rising by two litres per year to 6.5 litres.

Despite its hot, humid climate, people in Hong Kong have a legendary thirst for expensive red Bordeaux, but tastes are beginning to diversify.

The Vinexpo study noted that the Hong Kong preference for French wine over Australian is now “marginal”. The US, Chile and Spain are also enjoying growth of market share. Between 2005 and 2009 French wine accounted for around 28% of Hong Kong imports ahead of Australia’s 24% and America’s 13.7%.

In sales of highly priced bottles, however, France still enjoys a commanding lead.

“Australian wines at the top end have seen a decline in numbers with collectors appearing to be slightly hesitant to invest in this category for long-term maturation,” says Greg De’eb, general manager of CrownWine Cellars, where many of the wealthiest Hong Kong wine collectors store their wines.

“It would appear that wines from Napa, and vintage wines from Spain in general, are increasing in number. Burgundy is increasing in demand and price, but due to very low production this is not as dramatic. Tastes are certainly changing, as are investment patterns, but of course Bordeaux is still by far the most significant player.”

One reason for increasing interest in Spanish and American wines may be a growing number of Spanish – and American – themed restaurants. The popularity of Italian food has also helped to encourage interest in Italian wines. Most Chilean wines are priced at less than HK$100, and are popular buys in supermarkets and convenience stores.

Spirit sales, which have been dropping over the last five years, are showing signs of recovery, according to Maxxium Hong Kong general manager William Chan.

“Scotch and brandy are taking the lead. Within the Scotch segment, standard blended is doing better given the increase in all-you-can-drink venues. Malt brands are doing very well with a CAGR rate of 30% between 2006 and 2010, and now represent around 7% of the total segment size. Vodka, rum and gin [lumped together] are growing at 3-4% per annum driven by the cocktail trend,” he says.

Chan adds that in terms of brands, The Macallan is the leader in the single malt segment, while Johnnie Walker remains number one in the whisky market overall, followed by Chivas Regal. Hennessy is the best-selling Cognac brand, followed by Martell and Rémy Martin.

Notwithstanding the introduction by Bonham’s of single malt auctions, the Hong Kong government seems uninterested in Hong Kong’s potential as a spirits “hub”.