Two limited edition vintage sets from Château Haut-Brion are to be auctioned online with the proceeds going to charity. 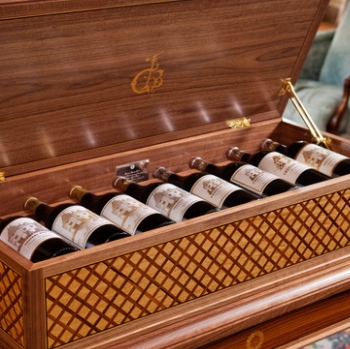 Valued at US$460,000, bidding for the two “consoles”, one with red vintages, one with white, ends on the luxury auction site charitybuzz.com this Friday 14 October.

In total 20 “consoles” have been made – 15 red and five white – which represent a collaboration between Prince Robert of Luxembourg, president of Domaine Clarence Dillon and furniture maker Lord Linley and are made up of wines that have never left the estate’s cellars.

Prince Robert and Linley worked for two years on the project to produce the cases, each of which holds eight bottles and includes silverwork by Italian jeweller Buccelatti.

The buyer of the two consoles will also receive another case containing two decanters and 12 glasses all decorated with the monogram of Domaine Clarence Dillon.

As 2010 represents the anniversary of Haut-Brion, the buyer will further receive a case of six red and six white 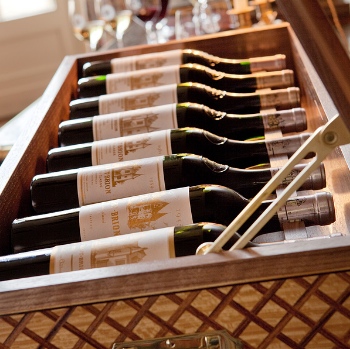 All proceeds from the sale of the consoles will go to the William J Clinton Foundation, founded by former US president Bill Clinton to “alleviate poverty, improve global health, strengthen economies, and protect the environment, by fostering partnerships among governments, businesses, nongovernmental organizations, and private citizens.”