BrewDog is using a customer share scheme to help fund a multi-million pound brewery expansion, as well as opening five craft beer bars around the UK. 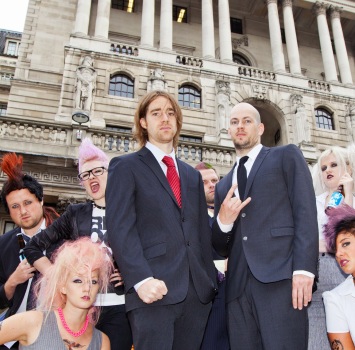 Having obtained planning permission for a new £7 million low carbon facility in Aberdeenshire, Scotland’s largest independent brewer has already received almost £2m from its customer base around the world through its *Equity for Punks online share offer.

Launched in July, the scheme offers beer drinkers the chance to buy equity in the BrewDog business from £95. After its first month, Equity for Punks had raised just over £1m, with the campaign running until the end of this year.

The new brewery at Balmacassie promises state of the art equipment and 25 jobs, rising to 75 employees in the next five years.

Commenting on the initiative, James Watt, co-founder of BrewDog, revealed: “BrewDog has grown by over 200% in 2011,” adding: “The new facility will give us 10 times the brewing capacity, allowing us to meet demand that is growing all the time.”

From its high alcohol beers to taxidermy beer taps, BrewDog has never been publicity-shy.

Explaining the support for this latest initiative, Watt remarked: “Craft beer fans are not only turning their backs on the limp, pale yellow lagers mass-produced and peddled by giant global breweries, they are also becoming richer with every craft beer they drink.”