Ridgeway Brewing in Oxfordshire has fought off over 120 beers from more than 60 breweries to win a six month nationwide listing at Sainsbury’s. 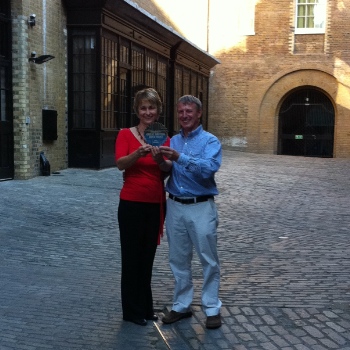 The company’s Bad King John, a 6% abv black bitter was selected by a panel of judges, including the drinks business, at the grand final of the Sainsbury’s Great British Beer Hunt.

The runner-up was Caesar Augustus, a 4.2% abv lager IPA made by Williams Bros Brewing Company in Scotland, which will also receive a more limited listing at the retailer.

Eight beers reached this stage of the competition, which began in February. The regional rounds were judged by Sainsbury’s customers, which saw four beers per region given a trial period in-store during September.

The top two selling beers from each region were then judged by an industry panel last week, with TV personality Olly Smith overseeing proceedings. Finalist were judged on factors including bottle presentation, colour, aroma, flavour and after-taste.

Ridgeway Brewing was set up in 2002 by Master Brewer Peter Scholey, who was previously head brewer at Brakspear until the closure of the original brewery site in Henley on Thames.

The eight finalists were: