A conceptual triumph, Hong Kong’s Crown Wine Cellars is home to some of the world’s most valuable wine, is a sought-after wine club and is Unesco protected 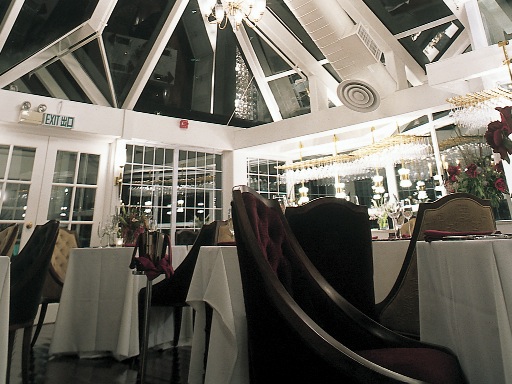 Today it’s a major feature of Hong Kong’s wine trade, but over 10 years ago, Crown Wine Cellars was only a concept, and one that nearly never materialised. Not only did the idea – the creation of the city’s first professional wine cellar facility – require the chance meeting of two fine wine enthusiasts, but also remarkable persistence to negotiate with the Hong Kong government to approve the redevelopment of a historically important site.

The key personality behind the project was, and still is, Jim Thompson, founder and chairman of the world’s largest privately owned relocation company, The Crown Worldwide Group, although the cellaring business is managed on a day-to-day basis by former career diplomat Gregory De ’Eb. The pair met in early 2000 through mutual contacts and later discussed their passion for wine as well as their shared frustration at the lack of professional cellaring in Hong Kong.

Shortly afterwards, Crown Wine Cellars was born, and Jim offered Greg a position in Crown to head up the project. However, creating the facility would take perseverance – the site deemed most suitable for high quality wine storage was a pre-World War II ammunition and weapons storage depot tucked deep into a wooded hillside. “It took over a year to get the site because we had to negotiate with 22 different government departments – there was no structure in place for heritage site redevelopment,” recalls Greg.

However, in August 2003, Crown received a seven-year lease to the facility, which comprised eight bunkers, each 20 metres below ground. By November their work was finished, and the cellars were opened, meaning that in fewer than three years they had become pioneers in both wine storage and public/private heritage site adaptive reuse. Then, in 2007, in acknowledgement of the site-sensitive restoration undertaken, the setting for Crown Wine Cellars was declared a Unesco Asia Pacific Heritage Site.

Nowadays the cellars are home to some of the most valuable wine in the world, safely stored underground, and protected by the bunker’s one-metre thick concrete walls, as well as sophisticated climate control systems. “This is not air conditioning,” stresses Greg, “and our system constantly bleeds out air at the right temperature and humidity, it is not reactive, it is never switched off.” This ensures every corner of the storage chambers is the same temperature.

But storage is just one aspect of Crown Wine Cellars. As Jim records: “Probably 60,000 different people have come through this place in the last seven to eight years, and we do a large amount of charity work, supporting 32 different charities.”

This has come about through the addition, back in March 2004, just five months after the storage facility was completed, of an on-site fine wine club complete with fine dining, (although, “the project is listed as wine storage”, points out Jim, who is pleased to report that Crown’s lease to the site has just been renewed).

The advent of the club has elevated Crown Wine Cellars to a sought-after place for fine wine lovers to relax, visiting winemakers to regularly host intimate private dinners as well as tastings, and a range of people to hold events.

“It’s rare not to have something going on,” says Jim, who describes it as “a unique place in Hong Kong”.

“It tends to be a white flag area where all wine-related people come together without work obligations… and we’ve had everyone through the doors,” adds Greg, before listing a Who’s Who of the wine trade. He points out that the atmosphere is convivial and laid back, with many of the club members coming to dinners and events without a jacket and tie. “It’s not for flashy wine collections, but rather for the simple celebration of wine,”
he records.

Certainly, the wine cellars provide a cosseting and extremely comfortable environment in which to talk and taste, complete with good acoustics from curved ceilings and soft furnishings.

For Jim, one of the highlight regular events at the cellars revolves around wine and truffles. “We have a quarterly meeting here for a group called The Knights of Alba,” he explains.

The culmination of these evenings is a truffle auction for charity in November, when each year six 250g truffles go under the hammer, along with one giant 750g one. “It’s held on a Sunday night and the 250g truffles go for around US$20,000 (HK$156,000) each, while the big one goes to a syndicate for around US$120,000,” he adds, pointing out that the proceeds are split between Italian and Hong Kong charities, while the largest truffle is shared too, over a dinner in a leading Italian restaurant.

Such events point not only to the wealth in Hong Kong but the passion for fine wine and food, particularly from Europe. Hence, speaking of the market, Jim explains that there are extremely knowledgeable wine consumers present in the city, who are widely travelled in the great European wine regions. However, he also segments the market: “The phase we are in now is that there is a very sophisticated end and then a lot of wannabes,” adding, “and then there are people who want to be seen pouring great wine.”

Nevertheless, he states: “A wine culture has infiltrated this part of the world and there are a lot of sophisticated wine drinkers and collectors.”

And the creation of Crown Wine Cellars has answered their need for the final link in Hong Kong’s fine wine chain. As Jim says: “The money is here, the knowledge is here, but storage was the problem.