The battle for Foster’s is turning ugly after SABMiller claimed the brewer made “misleading and deceptive” statements in its full year results presentation. 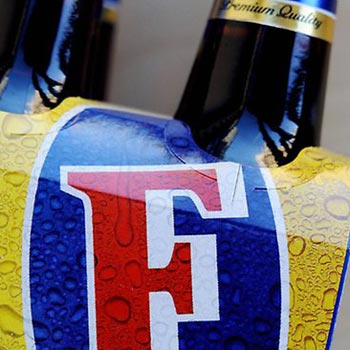 SAB’s bid to take over Foster’s turned hostile last month after the Foster’s board rejected its AU$9.5 billion bid. SAB responded by taking the AU$4.90 per share offer directly to shareholders.

The accusation came to light in an announcement by Australia’s Takeovers Panel, which said SAB had asked it to look into the statements.

The panel said SAB had claimed that there was “no reasonable basis for several forward-looking statements” in the results presentation about the Australian company’s financial performance.

It added: “Even if there were a reasonable basis, no information is provided to allow shareholders to test the basis of the statements”.

In the slide, Foster’s nominates its objectives as “mid single-digit sales growth”, a target of growing earnings before interest and tax faster than sales, earnings per share faster than EBIT, and converting at least 95% of profit into cashflow.

SAB said that even if these statements had a reasonable basis, Foster’s provided no information to support them.

The UK group also highlighted the pro forma net debt figure of AU$877m in the presentation, claiming that it was “inconsistent with Australian Accounting Standards”.

“SABMiller submits that these statements do not meet the standards required in statements made in the context of a takeover bid, and are misleading and deceptive,” the Takeovers Panel said.

Deutsche Bank analyst Paul van Meurs said the forward-looking statements Foster’s had made were “fairly typical” guidance and that any adjustment to a year-end balance sheet figure would “by definition” not meet accounting standards.

“We won’t opine on whether the statement is appropriate or not (but) given the confusion around the cashflows coming from the Ashwick tax litigation, we don’t think that it was unreasonable that Foster’s attempted to show the net impact,” van Meurs said.

SAB is seeking interim orders that Foster’s be prevented from making further statements along the lines of those under dispute until the panel has ruled on its application.

It is also seeking orders that Foster’s be forced to make an announcement to the market clarifying the disputed claims.

The panel said it had made no decision on whether to conduct proceedings, nor did it comment on the validity of SAB’s claims.

Daniel Nelson, an analyst at Constellation Capital Management, said: “My impression is that SABMiller is trying to do everything it can to make sure it does not have to increase its offer price.”