Famously elegant and healthy, Japanese cuisine has filtered its way down through every level of the UK restaurant sector. So how do you make yours stand out from the crowd? 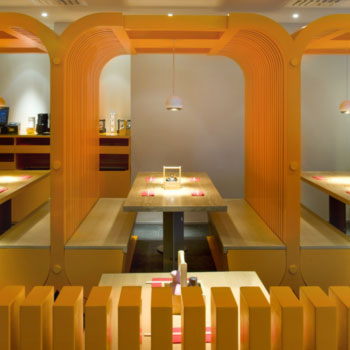 Not many people would come up with the solution of specialising in curry – albeit the Japanese katsu version – and decorating their restaurant interior with bright orange dining pods.

That’s the approach taken by the upmarket Royal China Group with their only Japanese restaurant, Satsuma. Having closed its doors in mid-June, the venue in London’s Soho reopened at the end of August to unveil its new image.

We settled downstairs in one of the garish booths, which quickly filled with young trendy types. Satsuma’s smart fittings and its owner’s pedigree were clearly doing a good job of bringing in passers by, aimlessly trying to narrow down the vast and variable Soho dining options.

Menus with pictures of the food are always worrying, but these were artfully shot and, given the lack of explanation about each dish, a useful way for Japanese novices to work out what they are were ordering. It was however, difficult to work out how much to order, with no indication of how large the dishes were or how best to structure the selection process.

We began by sharing a tofu “steak” and some soft shell crab tempura. The tofu was as exciting as 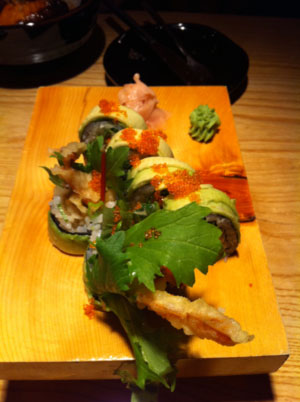 you can expect of bean curd, coated with a tasty sauce and lifted by thinly shredded vegetables.

The crab had a nice light tempura coat, but no self-respecting Japanese chef would let such a scruffily compiled dish leave the kitchen. The roughly packed rolls of rice were sprouting verdant green shoots and crab legs, with the overall effect reminiscent of a toddler’s attempt at flower arranging.

The wine selection was safely mainstream, although the Asahi Black lager was an interesting stand out on the beer list, resembling a lighter version of Guinness. After a competent but rather chunky Aconcagua Pinot Noir, I decided to test drive the plum wine. 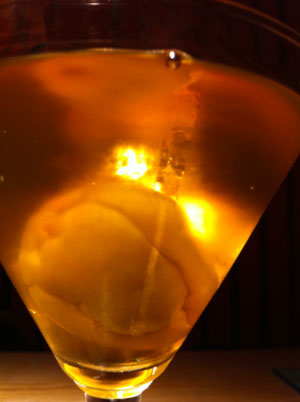 Again, its presentation made me wonder what I’d let myself in for. The colour of pond water, it arrived in a martini glass with a solitary ice cube and a wrinkled plum lurking at the bottom like something long-forgotten at the back of a laboratory fridge. It smelt of amaretto and tasted not dissimilar to sloe gin, but without the spirity kick to cut through the viscous sweetness. My friend sipped smugly on his Asahi.

And so to the curry. Unsurprisingly, it was the British who originally introduced this element to Japanese cuisine, bringing the dish across from their Indian empire during the 19th century.

The photos of each katsu option looked worryingly similar, but having ordered the salmon I found myself being served crab for a second time that evening by our chirpy South African waiter.

The familiar looking tempura crab was this time perched on a bowl of rice which had been liberally doused with a non-descript brown curry sauce. In taste and appearance the dish conjured up what you might expect to find served in a school canteen as part of some multi-culturism day.

Do the Japanese really eat this? If so, it’s the gastronomic equivalent of England exporting its greasy spoon grub – popular, yes, but not ambassador material. This was Japanese food as Liverpool might interpret it.

We recovered with a return to safer territory in the form of tempura prawns. These were fine, without standing out from the 50 other versions you could find within a half-mile radius. We gave up guessing and had to ask what the garnish was. It turned out to be horseradish, but in taste and texture was alarmingly similar to soggy loo roll.

Next came some tempura scallops – despite its core USP, there isn’t a huge amount of variety on the menu here. Slightly overcooked and needing their accompanying selection of three brown sauces for any real flavour, these had all the appeal of chicken nuggets. Surely scallops ought to be a treat? 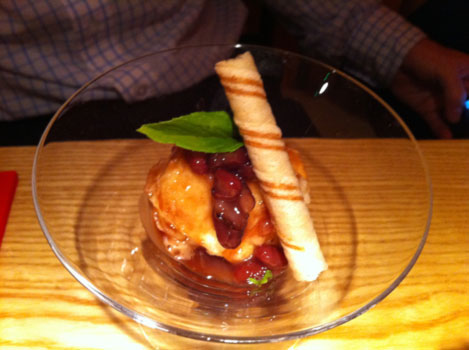 We weren’t sure whether to end the meal there, but our waiter enthusiastically recommended the puddings, especially the tempura ice cream. It didn’t even sound promising on paper but we decided to give Satsuma one last chance.

Ice cream is not improved by the addition of black beans, chocolate syrup and a soggy tempura skin. My green tea ice cream was less extreme but its texture was unnervingly similar to green flower arranging foam.

As we washed down the experience over a game of billiards and reassuringly tasty cocktails at the nearby Hix, we struggled to understand Satsuma.

Japanese food has a deservedly strong reputation and the curry concept is bound to receive a warm welcome in the UK. Combining the two however, seems at best bold and at worst the meal we encountered.

As a concession to its pre-makeover regulars, Satsuma will soon be re-introducing its bento boxes. This dilution of a newly specialised focus suggests that we were not the only visitors to be unconvinced by this dubious British legacy to Japanese cuisine.