Croft Port a work in progress

Natasha Bridge, head blender at The Fladgate Partnership, has suggested that the task of restoring the Croft brand to its former glory remains a work in progress. 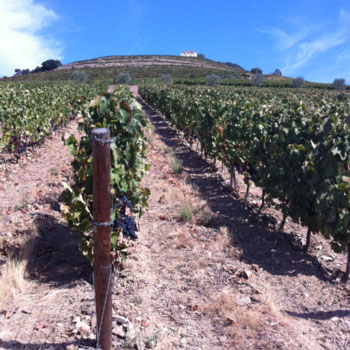 Describing Taylor’s and Fonseca as “first growth” Ports, Bridge admitted: “Croft is not quite there, but we’re hoping to get it up to that level.” She did however point to significant improvements in the brand, observing: “The ’09 was excellent.”

Upon taking over Croft from multinational ownership in 2001, Fladgate reinstalled lagares at the winery.

As for the land which forms part of Croft’s Quinta da Roêda estate, head viticulturalist Antonio Magalhães recalled: “In the first year we replaced 25% of the vineyards.”

This process saw the establishment of vertical planting in small blocks using what Magalhães described as “the traditional varieties of Roêda”: Touriga Francesa and Tinta Francisca.

Tracking the decline of quality from Croft under multinational ownership, Bridge remarked: “Croft really suffered in the ‘80s. The quality of the grapes was phenomenal, but they weren’t extracting the colour.”

Fladgate marks a clear stylistic distinction between its three Port brands. Bridge describes Taylor’s as “elegant and understated”, while Fonseca offers “luscious, plump fruit”. Alongside these she paints a picture of the Croft style, saying: “When it’s young you get exotic fruit and an underlying herbaceousness. As it gets older, you get a lot of spice.”

“Croft is a wine that polarises people; it has a very distinctive style,” she concluded.

For more on improvements in the Douro, see the October edition of the drinks business.