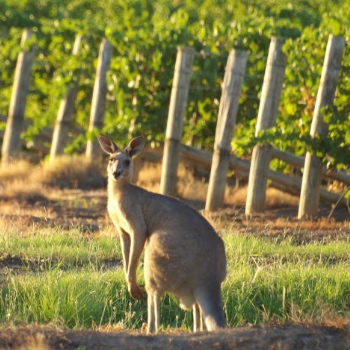 “We’ve got parcels of terrific wine from this vintage – in Australia you’ve got to take it producer by producer,” he told the drinks business.

“The guys at the top end of their game will have a strong release in 2011. In Burgundy there are producers able to make great wines in bad vintages, it’s the same in Australia.”

But 2011 hasn’t been an easy vintage, with swelling yields leading to many wineries producing poor quality wines this year that perhaps shouldn’t have been bottled.

“The rain-soaked 2011 vintage makes it even harder for Australia to push the premium message, as the whole of South East Australia gets tarred with the same brush,” Buckle told db.

“Australia’s status is improving, but it’s a slow process. The country is coming out of a period of industrial winemaking, and there’s still this perception of Australian wines being cheap and cheerful.

“It takes a long, hard push to explain to people that we’re working with small vineyards and are trying to make wine at the highest level.”

Since joining Mount Langi Ghiran in 2003, Buckle has reduced volumes, stopped using American oak and introduced small batch whole bunch parcels in a bid to improve quality, and has consequently seen interest for the wines in Asia soar.

“China has moved on from only being interested in Bordeaux to liking all prestige wines. We still only sell a small amount in Asia, but sales are growing fast, particularly in Hong Kong.”

Buckle believes the future of premium wine in Australia lies in cool climate Shiraz: “The rise of cool climate Shiraz is Australia’s recent success story. It’s the most interesting wine made in the country, exhibiting exotic and complex flavours,” he said.

For the full interview with Dan Buckle, click here