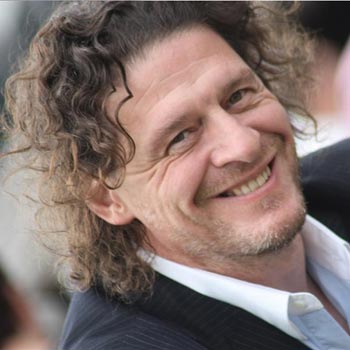 The Hellâ€™s Kitchen star removed the popular drinks from sale at his Angel pub in Lavenham, Suffolk, just months after buying the pub from its previous owners.

He bought the pub with a view to creating an authentic ale and cider house in the village.

His plans have already upset some local beer drinkers who feel they are being pushed out of their local pub.

“The Angel is the heart of Lavenham,” said regular Rod Benson, “We like a drink, but we’re not lager louts. When the drinks we like disappeared, we got the message he doesn’t really want us there.”

The pub, which was first licensed back in 1420, had come close to closure prior to Pierre White’s purchase.

Since restoring the interior of the pub, the chef has sought to attract a different kind of beer drinker.

He is also taking steps to curb â€œladdishâ€ behaviour, with swearing, tattoos and dogs on chairs also outlawed.

“If I was going to take my mother to dinner there I would not wish her to be exposed to that sort of thing,” he said.

“When I take over an establishment I see myself as the caretaker. I accept not everyone will agree with my decisions.”