Sainsbury’s is doubling the number of stores offering its Classic Selection after seeing fine wine sales leap by 47% in the last 12 months. 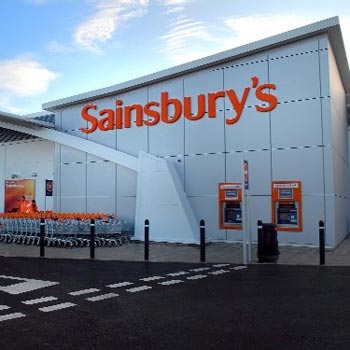 From September, 180 UK stores will offer the range, which was rebranded earlier this year.

While London and the south east will have the highest availability, the multiple retailer will also respond to strong demand for the Classic Selection in the north west.

Speaking to the drinks business, Sainsbury’s senior wine buyer Julian Dyer revealed further tweaks to the range, saying: “We’ve unashamedly gone more Old World, especially France. There’s also a bit more in Spain and Italy, a Gavi de Gavi and Ribera del Duero. We’ve dialled back a bit on New World wines; there were a dozen before and now it’s half that or less.”

Commenting on this shift, Dyer remarked: “That’s just what consumers want to buy when they want to trade up into classic wines. Where customers do take a risk they tend to do it in the Old World.”

The 55-strong range will see a further 10 SKUs added in October before it is reviewed once more in the New Year.

Dyer explained the Classic Selection’s success, observing: “Our fine wine sales figures indicate that for some of our customers, a top quality bottle of wine is a luxury pleasure they don’t want to forgo, even in a recession.

“They might not be dining out so much, but they are now re-creating the dining experience at home and turning to Sainsbury’s Classic Selection to provide a special bottle of wine for such occasions.”

The success of Sainsbury’s top end range follows on from a recession-driven trend for what has been termed *“posh own-label”, as customers treat themselves to affordable luxuries.

Only last month, Dyer told the drinks business that the multiple retailer’s own brand Taste the Difference range has become the fastest growing part of its wine offer.

However, Dyer also pointed to a polarisation taking place in wine sales, with cash-strapped customers also seeking value from the cheaper end of the retailer’s selection.

He explained: “We’ve also seen increases in sales of bag-in-box wines, which we have reduced in size from 3 litre to 2.25 litre, suggesting that our customers are happier buying less in each shop but shopping more frequently to spread the financial outlay.”