A number of key UK independent wine merchants have spoken out about the urgent need for more supplier support. 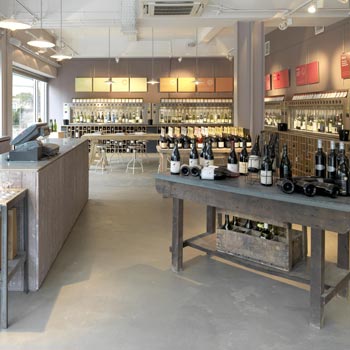 As the independent sector looks for help in its efforts to stand out from the supermarkets, Jamie Hutchinson of London independent The Sampler told the drinks business that supplier relationships were strained.

â€œWeâ€™re having a hard time at the moment, but theyâ€™ve never been wonderfully good,â€ he said.

â€œItâ€™s unacceptable for suppliers to try to sell us wines that have been discounted in supermarkets, as it makes us look expensive. Itâ€™s an increasing problem,â€ he said.

â€œI wish suppliers would stop trying to peddle wines to the independent sector that are carried by the supermarkets,â€ Finch said. â€œFor a distributor to even think we’d carry that kind of dross shows they’re not worth dealing with.â€

Meanwhile, Simon Baile, former managing director of Oddbins and current owner of the ExCellar independent chain, bemoaned the lack of supplier support for UK independents: â€œItâ€™s a big issue the trade needs to grapple with. Weâ€™re a million miles from a solution.

â€œTodayâ€™s challenge is for the trade to understand how much it needs to support the independents.

â€œA programme needs to be formulated in the supply chain to allow independents to develop their market, so they are able to carve out a niche for themselves.â€

From the supplier side, Patrick McGrath MW, managing director of Hatch Mansfield, agreed that distributors need to do more to nurture new independent merchants

â€œThe wine trade needs to embrace the independents and cut them some slack when theyâ€™re starting out by helping them financially â€“ you canâ€™t always expect cash up-front, McGrath said, adding: â€œWe need them to succeed.â€

For more on the state of wine on the UK high street, see the August issue of the drinks business.