Lafite 2008 is the worst performer in terms of price of the last 10 physical vintages from the estate. 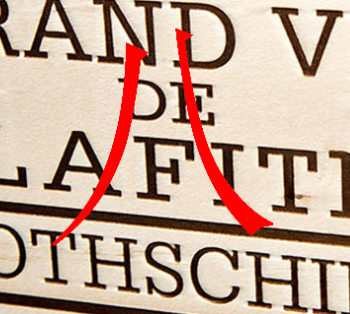 In the year to date (YTD), the price of the vintage from the first growth château has slipped by 26% with 2003 also showing poorly, down 15% according to Liv-ex.

Furthermore, 2008 has also been the worst performer since June, with a drop in price of around 13%.

The 2008 vintage, with its additional Chinese symbol for number eight, generated considerable interest with prices leaping 20% in 24 hours.

However, a recent downgrading of the vintage by wine critic Robert Parker where Lafite dropped from 98-100 points to just 98, may be the reason for this tailing off in interest.

Overall, Liv-ex has calculated that Lafite has dropped by 8% since its March high point in the Liv-ex Claret Index and it has dropped a full 7% since June.

This makes it the worst performing first growth although it still stands head and shoulders above the other four despite these small set backs.