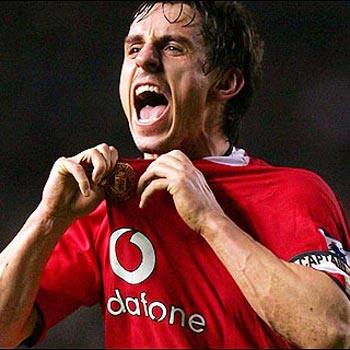 Neville, who is England’s most-capped right back, follows in the footsteps of fellow English football stars Rio Ferdinand, Steven Gerrard and Ashley Cole in venturing into the restaurant trade.

Neville, who retired from football in February and now works for Sky Sports and Sustainability in Sport, has been given planning permission by Salford City Council to put up an Italian restaurant in place of the disused Folly Lane Social Club in Swinton, Greater Manchester.

The venue will feature a 4,000 sq ft, two storey, 100-cover restaurant created by Signature Developments, the property company co-owned by the footballer and his father, Neville Neville.

The restaurant will be just around the corner from Neville’s own favourite establishment, Puccinis, which also serves Italian food and has even named his favourite pasta dish after him, Penne a la Neville, composed of chicken, mushrooms, tomato and a touch of cream.

After a number of tweaks, the final proposal for the new restaurant was accepted on 18 August. Signature Developments’ original plans were scaled back due to local residents’ concerns over a rise in traffic and disruption in the location.

This latest step by the self-proclaimed “most-hated man in English football” appears to have done little to improve Neville’s popularity. Paul Harvey, resident of Lynton Avenue which is the main access route to the new eatery, complained about the venture, saying, “Reducing the number of covers and tinkering with the parking provision is not going to prevent parking chaos.

“We would have said all this and more at the meeting had we known it was going ahead, but when I asked local residents they told me they were unaware that the plans were being reconsidered.”

The restaurant’s opening date and the extent of Neville’s involvement in day-to-day operations remains unconfirmed.