Harvests in many of Europe’s main wine regions are set to start at one of the earliest times in nearly 200 years. 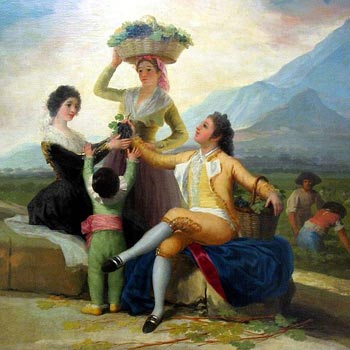 A warm, dry spring and summer have contributed to an incredibly advanced growing season, a full three weeks in advance of what it would normally be in some areas.

This spring was reportedly the hottest since the start of the 20th century and was a full 1.8 degrees centigrade hotter than the famously warm 2003 vintage.

However, according to English-language French newspaper, The Connexion, new figures from Météo France reveal that July was the coldest for 30 years, so, as so often, the situation could yet change drastically.

Nonetheless, so far the Loire, Champagne and the Douro are all predicting harvests in the middle of August. For Champagne, provisionally looking at a 20 August start, this would mark the earliest harvest in 189 years.

In the Loire the growing season is a full three weeks ahead of schedule and the Douro is facing challenging conditions too, as was recently reported by the drinks business.

Beaujolais has, according to French newspaper Le Figaro, declared 15 August to be the start date and Bordeaux and Burgundy are considering the end of the month.

This state of affairs has led to much consternation among the continent’s winemakers, many of whom have reportedly cut short their summer holidays to forestall a repeat of 2003 when the extreme heat caused a sudden and rapid period of ripening that, in many cases, led to extreme over-ripeness.

However, despite the heat and advanced season the lack of rain has not, apparently, caused any undue water stress in many regions and the crop is healthy, having been spared the onset of rot and mildew, which is so common when damp and humid conditions accompany hot spells.

For more on Europe’s early harvest, see the August issue of the drinks business.